I Won A Contest!

A large box arrived on my doorstep yesterday with an 8 lb bag of standleehay Whinny Nicker Horse Treats from Hillary.

I took them out to the barn today for a taste test by the finicky Miss Diva. 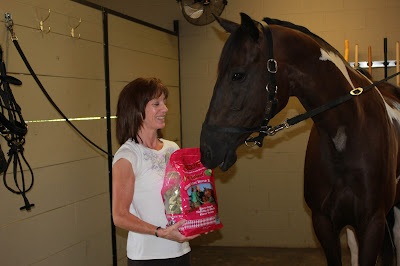 She certainly liked the bag. 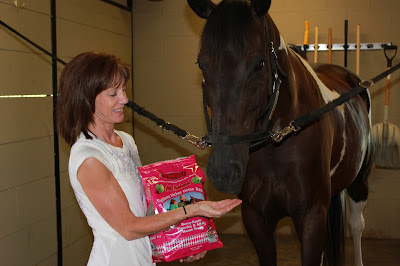 She ate it so quickly, we missed a pic of the treat in my hand.
Our review - Princess Riva Diva approved!
Thanks again Hillary and standleehay!
﻿
Posted by Kelly at 5:16 PM 7 comments:


1)  Anniversary celebrating was delayed due to husband's traveling for work, but we went out for a great dinner that weekend.

2)  Still job hunting...have had 4 interviews since we moved.  Turned down one job offer, declined
a second interview at two others, and didn't get offered the one I really wanted.  In the mean-
time of searching for the right job, I am going to do some volunteering at Kentucky Horse
Park and Riding for Hope at KHP (super excited about both!).

3)  Lameness update - Riva will have a final re-check by the vet this afternoon.  If all goes well,
back to full work tomorrow! 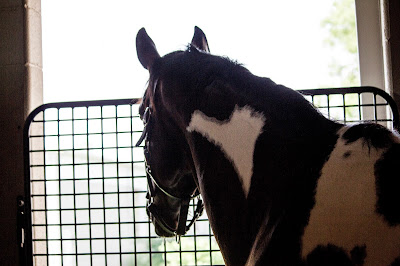 The Diva, NOT enjoying her two days of stall rest.

﻿
After a thorough lameness exam two weeks ago, re-shoeing per vet instructions by new farrier, ultra-sound last week, two days of complete stall rest, one week of 20 minute walk rides under saddle - I believe Riva is 100% sound now, but will wait for the vet's opinion later today.

It all began with a lost shoe on her club foot where she lost a good bit of hoof.  Farrier did not think her normal special steel bar shoe would stay on and went with a wedge aluminum shoe.  After two rides and two days in that shoe, she was lame on the left front and her left knee was inflamed.

Vet came out and did a lameness exam, blocking of the left leg, and x-rays of both front feet and her left knee.  Her knee is about the same as it was two years ago - but was noticeably swollen.  He injected her knee and put her one a daily bute-like mediation and a topical anti-inflammatory cream.  He also talked with the farrier about putting her front feet back the way the were prior to the lost shoe.

Farrier came out and re-shod both front - putting them back the way our former farrier in Indiana had them.  He was not very happy about it and said the right front was not going to stay on (week and a half later, it is still on).

Vet came back the following week to ultrasound the left lower leg, thinking their might be a suspensory injury.  Thankfully, everything looked fine on the ultrasound.  He watched her on the lunge and she was improved on the left front from the week before.

I have walked Riva under saddle her the past week - the work has been good for both of us...walking with contact is not our strong suit.  We may or may not have snuck in a trot circle each way yesterday, just to see how she is doing...I think she will pass her lameness re-exam today :)

On a whole different subject, I am going a tomato plant for the first time ever! 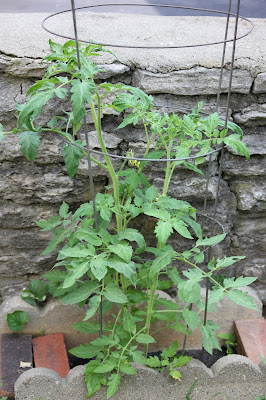 Took this pic last week and it has already grown past the top of the cage. Can not wait for some home-grown tomatoes!

﻿
A big thank you to Hillary of equestrianathart for holding a contest that I won!  Riva will soon be getting a bag of  Whinny Nicker Horse Treats courtesy of Standlee Hay.
Posted by Kelly at 1:27 PM 9 comments:

Going to be a Long Day

First up - today is our anniversary :) 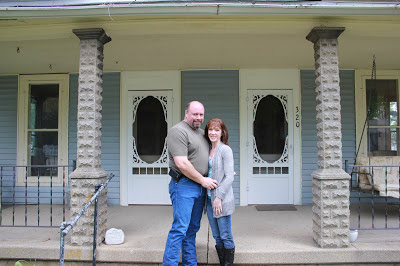 ﻿
Only problem is husband is in Mississippi for work for the week.  Will have to put off our celebration till the weekend.
There will most likely be these involved: 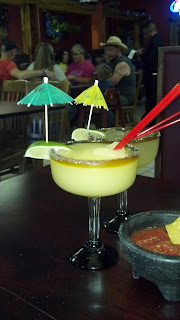 ﻿
Next thing - I have an interview this afternoon that I am excited about!  Hoping all goes smoothly.  I am getting extremely bored with job hunting.

Last thing - Riva has a vet appt. late afternoon.  Lameness check.  She is off - I am thinking left front, but we will see.  Please keep her in your thoughts today that it is nothing too serious. 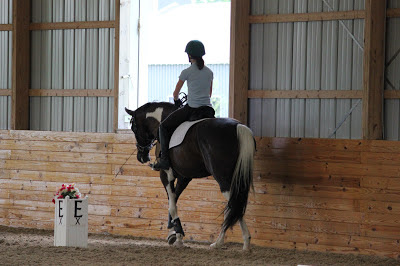